Launched in 2013 by Tony Post, Topo Athletic is the culmination of over 30 years of shoemaking and
competitive running experience.  Tony started out running in college, and after a 2:25 marathon at Boston, Tony spent the next 15 years at Rockport learning the art of shoemaking.   He then moved onto another small, family-owned company, Vibram, and became it’s CEO for 11 years.  Tony soon discovered that less cushioning and a more level platform encouraged a midfoot strike.  Among the first to try running in FiveFingers, he noticed he was landing lighter, with a shorter, quicker stride – and to his surprise, his knees and back didn’t hurt any more.

After Vibram, Tony knew there was still something missing from the market—a shoe that allowed runners to access the important benefits of natural running while maintaining some of their favorite features found in traditional running shoes. In the late summer of 2013, Tony and a small team launched the brand, Topo Athletic, with a mission to develop footwear that helps amplify the body’s natural and intuitive abilities.

Come by the store and try out a pair today! 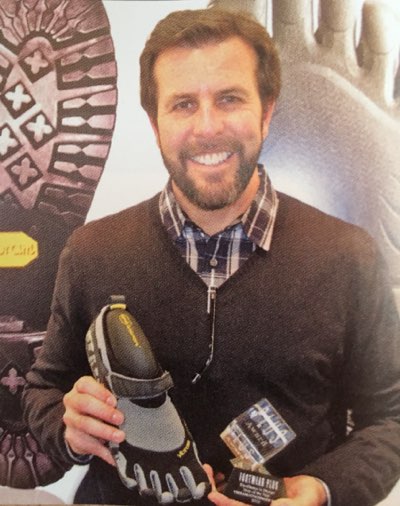