CEDAR RAPIDS — The Health Solutions 8K pack was still bunched as it disappeared over the rise on Third Avenue.

By the time the 8K leaders came back down Third Avenue 20 minutes later, the crowd had thinned as the Fifth Season 5K had started, and the breakaway of leaders in the longer distance was on.

Austin, a Boone, Iowa, native, is the first American-born and first Iowan to win the race since 1997. He competed for Drake in college, and Lewis and Holmes competed at the University of Iowa.

The Kenyans in the field opened the race with a quick pace, taking Holmes with them. Holmes led to the turnaround.

With a blistering pace from the get-go, Holmes, who competed in the marathon at the Olympic trials in February and won the Dam to Dam Half Marathon in Des Moines in June, was unable to keep the lead.
More stories from Ian Murphy

“It sucked,” Holmes said. “It’s a fun race; it’s a good time with people, but I expected a little better than that.

“A couple of the elite guys, the Kenyan guys, made a couple of weird surges the first couple of miles, and I should have sat back. I had to do most of the leading.”

Holmes said the race felt awkward. He said he’s in a weird place with training and the race came harder to him than it should have.

An American runner winning the race is rare, but for the top three finishers to be American athletes is rarer still.

Race director Colin Flynn said he could not remember a comparable American finish.

Austin also competed at the marathon Olympic trials in February. To many of the elite runners, going from 26.2 miles to just less than five, Monday’s race might as well have been a dash around a track.

From the gun start to crossing the line, the field was out and back quickly, although well off the event record of 22:38 — which still is held by Keith Brantly from 1988.

“I haven’t done a race like that in over a year now. I did a few half marathons and then I did the Olympic Trial marathon. To go down to the 8K makes it feel like a sprint,” Austin said. “I like going fast. It’s nice to know you only have to hurt for 25 minutes, instead of a couple of hours.” 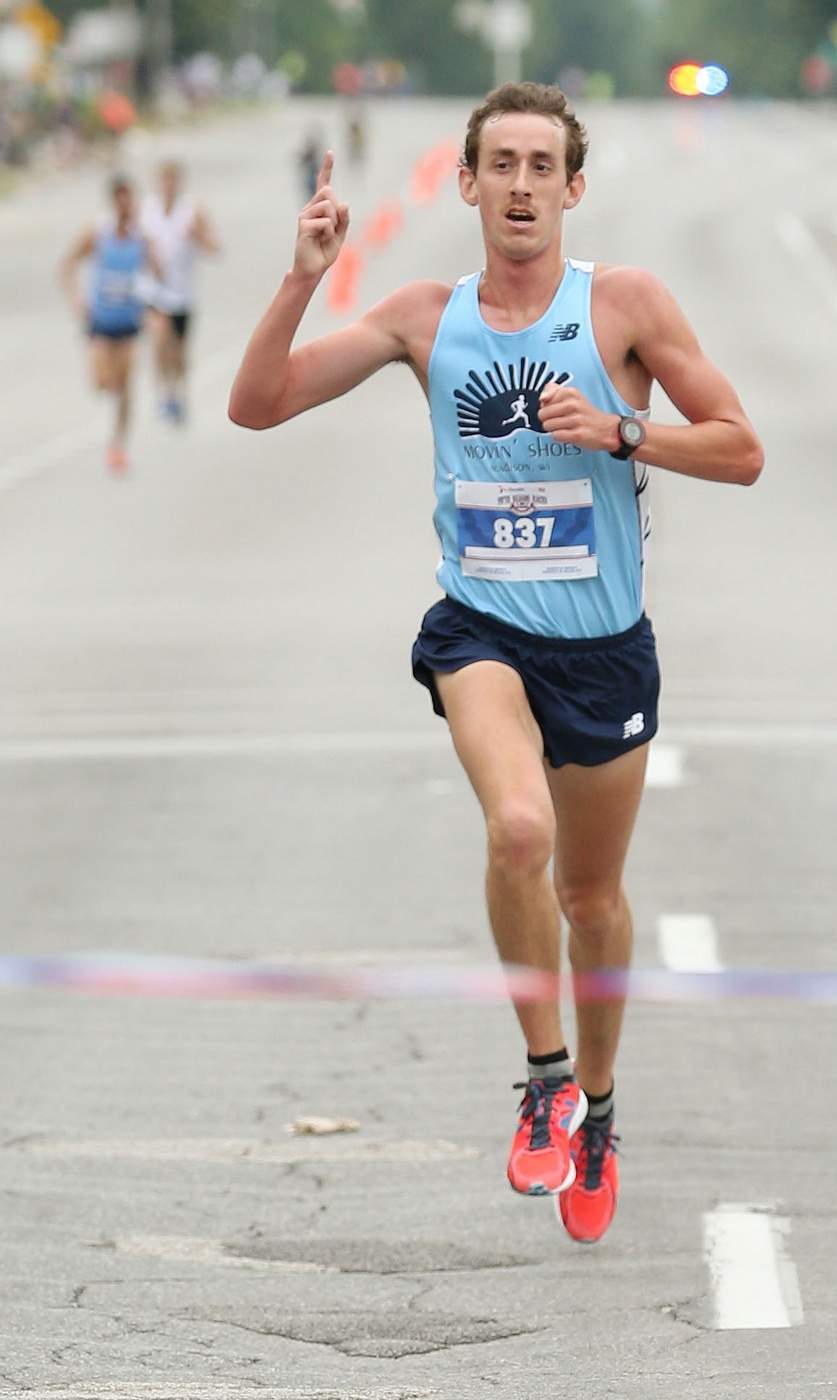